(The Sentinel) – Kansas is one of 18 states to see a decline in population between July 2021 and July 2022, according to the Census Bureau. 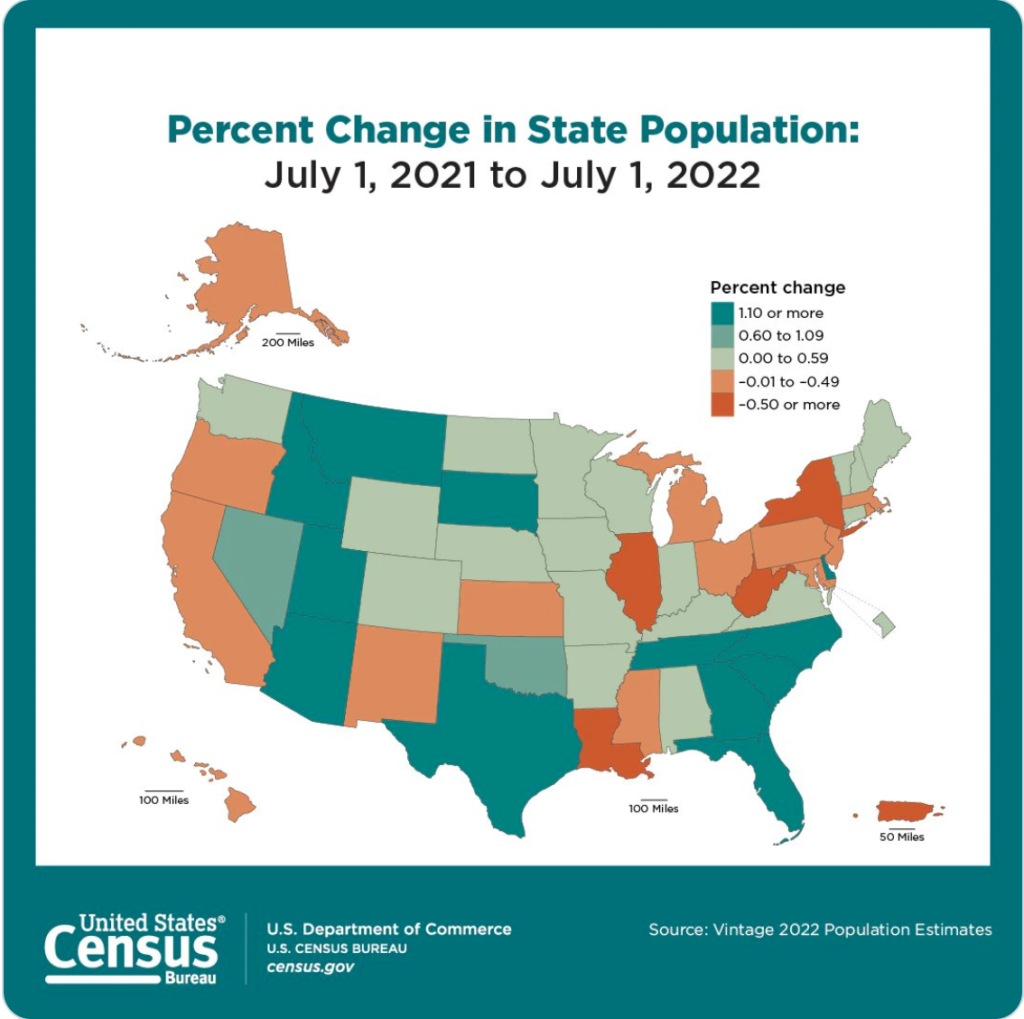 The Sunflower State is alone in population loss in the region. The closest Midwestern state on the list is Illinois.

Negative domestic migration, or more U.S. residents leaving a state than moving in, is a primary cause of the decline.

Census figures for states bordering Kansas for the period illustrate the phenomenon:

A state’s economic climate, including tax policy and job opportunities, are major factors in decisions to relocate.

Interestingly, Nebraska is also found to be “unfriendly” to retirees, possibly a reason for its negative domestic migration; and nearby Iowa joins Kansas on Kiplinger’s “unfriendly” list for both middle-class families and retirees. The Hawkeye State saw nearly 7,300 residents move out of the state during the period studied, which is part of the reason that Iowa Gov. Kim Reynolds signed a bill in 2022 to move Iowa to a much lower, flat income tax rate and eliminate income tax on retirement income.

Is tax reform needed to halt the exodus when the Kansas Legislature returns to work in 2023?

Alan Cobb with the Kansas Chamber of Commerce says “Yes”:

“We are the only state in our region that lost population.

“We need more people moving into our state and fewer people leaving.  Economic opportunity drives migration.  Sound tax policy and a regulatory policy that encourages growth should be at the top of the policy list.  These are changes that the Kansas Legislature and the Kansas Governor should support.”

“Taxes are a decision-maker. Not only for individuals and families deciding if they want to stay, but they are also the key if they are able to stay because of our opportunities. Higher taxes for both individuals and businesses make it harder to build a life, a business, a future. Tax relief would make a significant difference in hard-working Kansans building that future right here in our state.”

James Franko is president of the Kansas Policy Institute, which owns The Sentinel. He calls for the incentives that tax reform provides:

David Hicks writes for The Sentinel, a publication focusing on news and issues in the state of Kansas.
← Back to Kansas News
Next Article