How many of us have heard that in the last two years when we’ve gone out to eat, or tried to make an appointment for car repair, even for dog grooming?

U.S. Labor Department statistics show there are nearly two job openings for every unemployed person in the country.

So why aren’t these jobs being filled?

A decline in the labor force participation rate — employed people and those looking for work, as a percentage of the working-age population — means there are fewer people wanting to work.  The chart below from the St. Louis Federal Reserve Bank shows a 66% participation rate for November, 2022.  At the 70.5% participation rate of November 2009, there would be about 100,000 more Kansas working or seeking work.

So what’s behind the steep drop in labor force participation?

In Kansas, a family of four with neither parent working can receive over $73,000 annualized in unemployment benefits and ACA subsidies. This table ranks the most generous states, along with nationwide averages of salaries and benefits for selection professions: 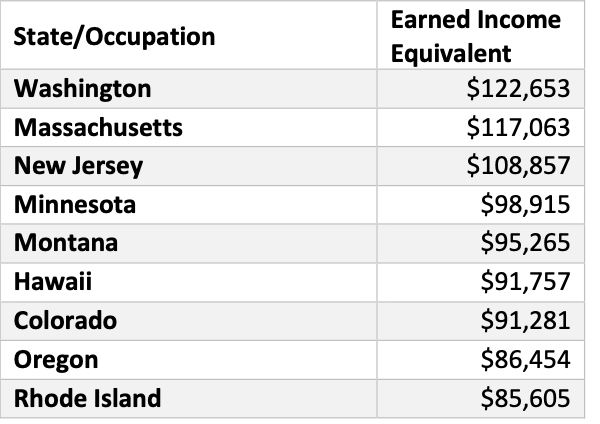 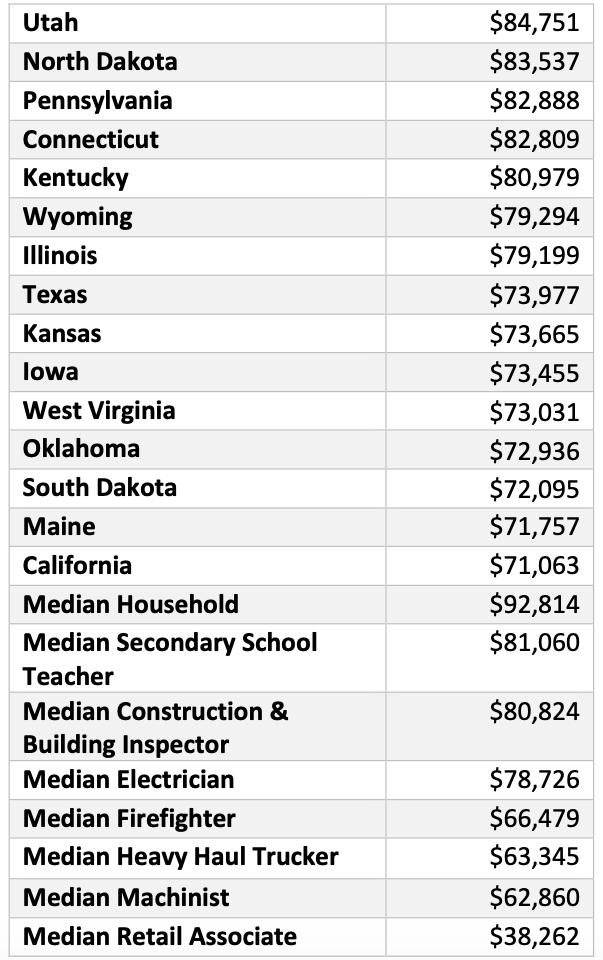 The maximum jobless benefit in The Sunflower State is $503 weekly. The ACA subsidy has been expanded substantially to now cover those with relatively high incomes. These subsidies vary based on the enrollees’ age, income, number of dependent children, and cost of insurance in their geographical area.

People with income below 150% of the federal poverty level pay no premiums, while those with higher incomes are eligible for premium subsidies. As long as premium payments are 8.5% of a person’s income, he or she is eligible for subsidies on the ACA exchange, regardless of income level.

The incomes that still qualify for ACA subsidies are shown in this startling table: 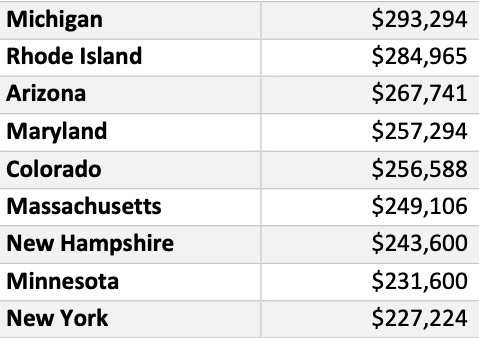 This chart illustrates the maximum yearly benefit for families of four from unemployment compensation and ACA subsidies compared to the average salary and benefits of selected professions in their states: 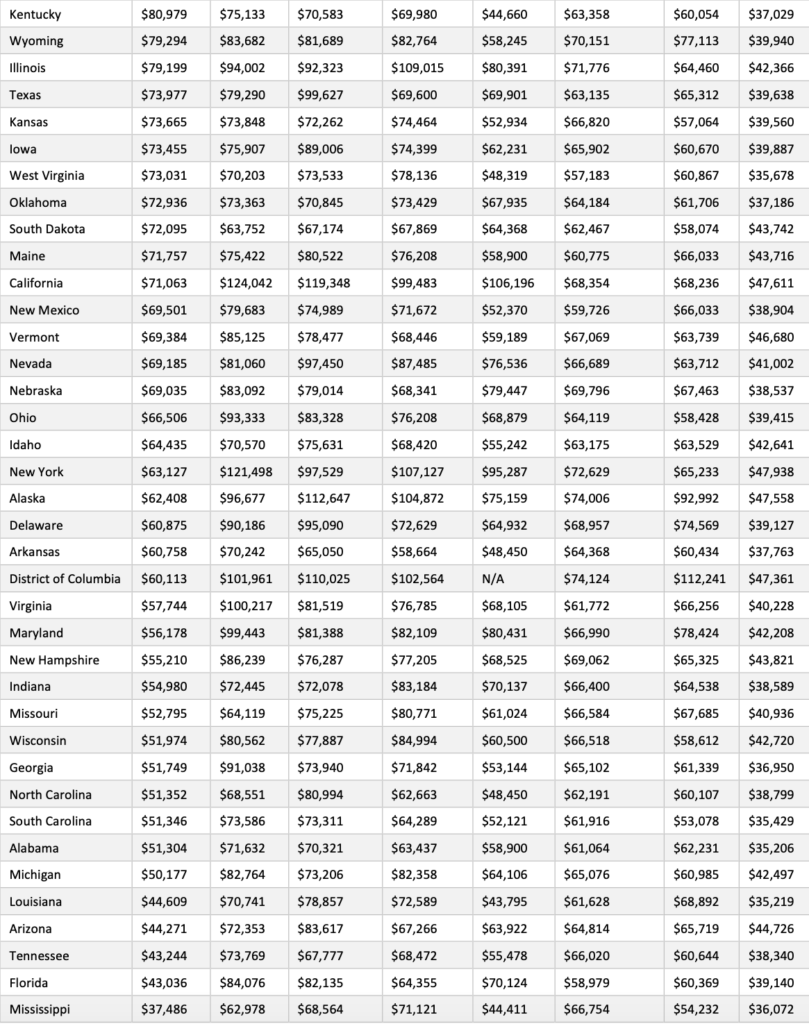 “A key policy question these days that has befuddled federal lawmakers is why so many millions of Americans have not returned to the workplace in the post-Covid era. The U.S. is “missing” more than three million workers of working age that could be working and were working prior to Covid but are not today. There are many factors that could help explain this disappearance of workers from the workforce, including continuing fears of Covid, early retirement, “long Covid,” the decision by many not to ever return to work and instead retire early, among others. But this study shows that one factor contributing to the dearth of workers is the generous benefits paid to families without workers.”

And their recommendation for solution to the problem of “short staffing:”

“If states reduced unemployment insurance maximums and provided more targeted benefits, that would reduce unemployment and the duration for which people remain unemployed. Likewise, the federal government should, at a bare minimum, roll back the extension of ACA subsidies in an effort to keep premiums from rising further.”

David Hicks writes for The Sentinel, a publication focusing on news and issues in the state of Kansas.
← Back to Unemployment News
Next Article